Since going vegan, I have learned that sandwiches and spreads can be made in all different kind of ways. Many of the ones I have made use chickpea and Vegenaise. For those that are new to the vegan world, Vegenaise is a vegan mayo that now comes in different varieties. Some are soy free, made with grapeseed oil, chipotle style, and pesto. I prefer the original for its versatility. It can be expensive at times, depending on the store. This brings me to the recipe I would like to share with you. I found the original recipe from foodwellsaid.com. I would still say this is their recipe, but I made some slight alterations. It tastes really similar to Hellmann’s but I found the consistency to be thinner. Foodwellsaid suggested to strain the mayo, leaving it in the fridge to drain to achieve thicker mayo. The recipe below will note the alterations I made to make a thicker mayo without the strain/cheese cloth.

You can choose to strain your mayo if you wish. I liked it with the firm tofu. This mayo will typically only keep for a week.
Tried this recipe?Let us know how it was! 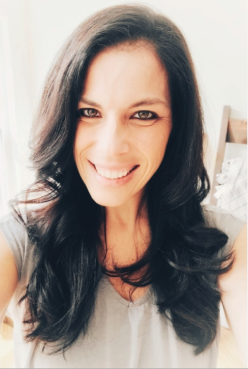